Poems about Girls and Sharks and Lego 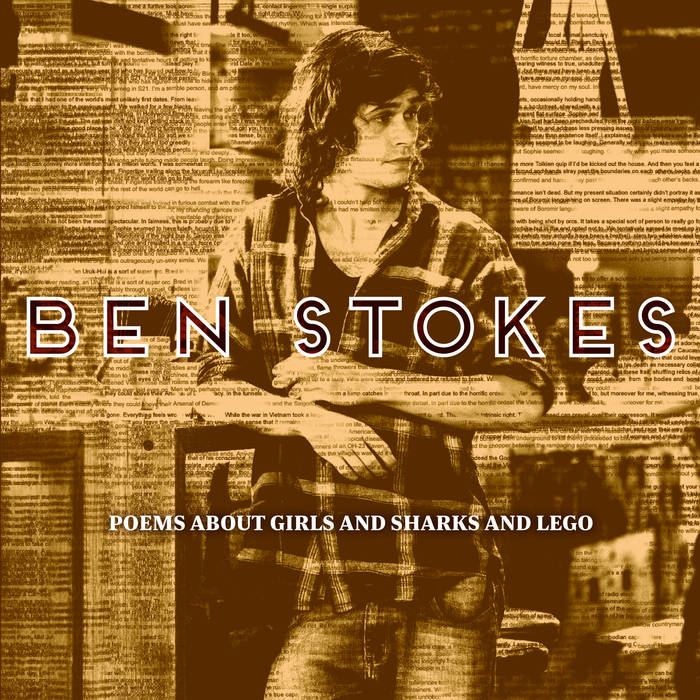 To quite a few of you, who made this happen.

Going back to the original writing, none of it would likely have materialised if not for the continual support of Poetry in Motion and the Wellington Pub Poets Society. I’m thoroughly grateful to all poets and writers involved who took the time to listen, then offer praise or critique of my words.

Andrew Richardson, cheers for stepping in at short notice to immaculately smash out the drum tracks.

Brett Hoskin, for stepping in at even shorter notice to fix my attempts at photoshop.

Joseph Hoskin, for facilitating that. And bringing me baby food during the wisdom tooth/ shaving rash low week.

Joe Stumpf, thank you for the support and mentorship throughout the past year.

Gold and Grit Photography and Voices in the Attic, cheers for the photos!

Two of the tracks are influenced by the songs 'Wrecking Ball' by Miley Cyrus, and 'Everything' by Lifehouse. The later was written originally to a reinterpretation of 'Everything' by Dan Osman on youtube. We've stuck closely to his version because it's really cool. Thanks Dan.

Mum and Dad, for food and shelter and unconditional love etc…

Overwhelmingly though (to the point it should really be his name rather than mine on the front cover) without my brother Jake, this album would be no further along than scribbles in a notebook. Jake composed essentially every bar of music, recorded, mixed and mastered the entire album, coached me through the vocals, lent me shoes, dragged me hungover to the ‘studio’ (his bedroom), encouraged the good, discouraged the bad, tolerated the ugly, and poured hundreds of hours more than I did into making this a reality. At two years younger than me, we have a fairly typical brotherly relationship in which I am fundamentally incapable of displaying gushing affection or appreciation towards him.

So in summary, we’ll opt for a fairly standard ‘chur bro’. Even though I really mean a lot more than that.

Bandcamp Daily  your guide to the world of Bandcamp